Home ➨ The Author | My Jewish Journey: A Letter to My Readers 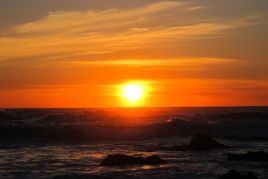 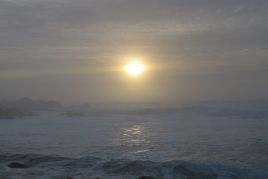 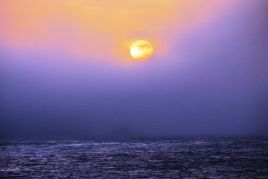 My Jewish Journey: A Letter to My Readers

Before I begin, I would like it expressly understood that in sharing this journey with my readers it is not my desire that anyone should follow in my footsteps. Moving from Judaism to Christianity merely involves an affirmation; nothing of great consequence need be left behind. Moving from Christianity to Judaism, however, involves a perilous refutation, a refutation that should not be made by anyone without a deep personal conviction. I regard Judaism as my pathway, not the pathway. Many roads, one destination. When I first began, many years ago, seriously to consider my relationship with God, I found proselytizing both presumptuous and offensive. Now, decades later, when I am rather more patient and less intolerant, I still find proselytizing uncongenial. When asked about my own beliefs I answer fully and honestly, but only so much as has been asked of me, and no more. 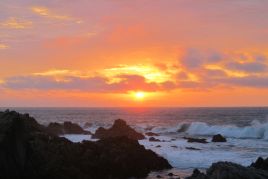 I am impelled now to relate my spiritual journey in order that my readers will not be confused, and think that in becoming a Jew I have turned my back on all of Christianity. I have not. As a man may profit from Buddhism without being a Buddhist, so I continue to be nourished by the Christian tradition. Judaism is the bedrock foundation on which Christianity stands. The Jews are a wise people, and now they are my people, but theirs is not the only tradition wherein wisdom is to be found.

It will not surprise my Jewish readers to hear that my journey began with food.

In the summer of 2013 my lovely wife went to a Jewish Food Festival in search of corn beef. She came home in tears. Not because of the corn beef, which was excellent, but because God had reached in and touched her heart. The instrument God chose was the synagogue's Cantor, singing the ancient songs, the holy songs that are the beating heart of the Jewish people. Something deep, powerful, and joyful welled up inside my wife, and she began to cry. She is not a woman prone to tears.

She told me what had happened, and that she needed to follow wherever this awakening might lead her. She began regularly attending services at our local synagogue, until one day she said she wanted to convert to Judaism and asked me how I felt about it. I was delighted. I was a baptized and confirmed Christian, but my wife, though raised in the Christian tradition, had never been able to embrace Christianity. I told her that her happiness was my happiness, that anything that brought her to a deeper and more loving relationship with God was fine with me, and that she had my complete and unconditional support. I began attending services with her, because I wanted to be supportive and I wanted the Jewish community to know I was being supportive. 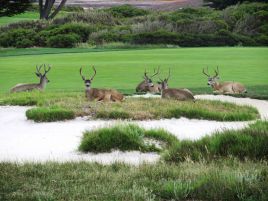 We shared her journey for almost three years. She began learning Hebrew. She went to the Rabbi's classes on Jewish beliefs, values, and ethics, bringing home required reading lists for books that I read as well, because I was interested in this journey that was so obviously fulfilling for her. I wanted to help her, to talk about this faith that had become so central to her life. Her conversion ceremony was one of the most joyful events of our lives. But God was not finished with us; or at least, not with me.

It is a wondrous thing that when we act for the good of others, with no thought of ourselves, untold gifts await us. I had attended many services at the synagogue, following along with the prayers and liturgy as best I could, and I was often struck by how much of a Jewish service could be inserted into a Christian service without anyone detecting the splice. This really should not have surprised me, as Judaism is foundational to Christianity, but seeing the hard reality before my eyes was another matter. The reading I had been doing with my wife was taking hold.

I expanded my reading, first to the works of Rabbi Joseph Telushkin, whose books are masterpieces of clarity and brevity. I saw once again how foundational Judaism was to Christianity. Then I discovered the works of Rabbi Lord Jonathan Sacks (of blessed memory), brought to my attention, ironically, by my dear friend, the late Walter Hooper, who was then the world's leading authority on the life and works of C. S. Lewis. Walter greatly admired Rabbi Sacks, as well he might, for in Sacks' depth of thought, his elegance of expression, his insight, goodwill, and generosity of spirit, he is very much a match for Lewis. I was delighted, and not at all surprised, to find Lewis quoted in Sacks' writings. My reverence and admiration for Lewis, himself a great admirer of the Jews in an era when antisemitism was not only endemic but practically fashionable, remains intact and undiminished. My debt to him is incalculable. I regard him still as the greatest man of letters of the twentieth century.

And yet, l began to reconsider Christianity itself. There was a deep irony to my dilemma. I was not merely a Christian but by then a published Christian apologist. It was a deeper irony still that my little book, As One Devil to Another, which was inspired by the works of Lewis and which explores the way evil works in the modern world, has always found its most appreciative readers among Jews. God was having a good laugh at my expense. What my time at the synagogue, and my reading of Telushkin and Sacks taught me, is that in my heart I have never really made the affirmations required of a Christian at all. 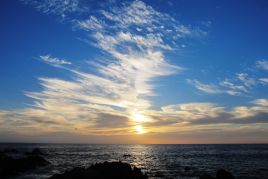 I realized that I chose to believe in the divinity of Jesus, or tried to, not because I could feel the truth of it in my heart but because of a kind of cultural inertia, and because of my admiration for Lewis, but as I became more familiar with Judaism I could see that all of the things I knew to be true in Christianity were the things that had been lifted from the Jews. The Golden Rule is there. The cardinal virtues, courage, temperance, justice, prudence, are there. The theological virtues, faith, charity, and hope, are there. The deadly sins, envy, gluttony, lust, sloth, anger, covetousness, and deadliest of all, pride, are there. The Sermon on the Mount is pure Judaism. Only the theology I struggled with is absent.

I could no longer defend what I said I believed, and, as I have written elsewhere, if you can't defend your beliefs, you don't have beliefs worth holding. All that I knew to be true in Christianity - that there was one God, that He loved love and hated hatred and that His chief concern was ethical behavior — had come from the Jews. The beliefs I struggled with in Christianity — the divinity of Jesus of Nazareth and redemption through him - were absent. At last, I had to admit to myself that there was a name for the body of belief that I could both accept and defend. That name was Judaism. It was with the Jews I had been standing all along. Thus, I was brought to my own formal conversion in January of 2020, an action that was as natural as breathing.

I know there will be Christians who will fear for my immortal soul, and perhaps pray for me, and I welcome their prayers. As for their fear: a Christian believes that the only way for a person to be redeemed in the eyes of God is through the intercession of Jesus, but as C. S. Lewis points out in Mere Christianity, even if that is so, it does not follow that only those who believe in the divinity of Jesus are saved. After all, does any thinking Christian actually believe that the Dali Lama will be barred from Heaven? What of good people who have never heard of Jesus?

Lewis writes that when a young man turns his back on the church and walks away, and does so out of a genuine inability to embrace church doctrine, rather than because he hates his parents or wants to appear like a cynical, worldly intellectual to his friends, it may be that in that moment he is closer to the spirit of Jesus than he has ever been, because he is being intellectually honest. It is intellectual honesty that has impelled me to become a Jew. Had I remained a nominal Christian, despite my lack of belief, what then? If I arrive, after death, on the threshold of the next world, who would I be kidding? God? If I remained a nonbelieving Christian and were greeted by Jesus, would I be fool enough to lie, and tell him that, yes, I had always believed in him? Yet as a Jew I can say with complete honesty that I tried to believe, but I could not follow that path. Apostate is not a pretty word, but it is a better word than hypocrite. 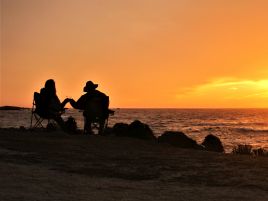 When I was a Christian, I believed that God was not overly concerned with what type of Christian I was. Now, I no longer believe that God is overly concerned with whether I am a Christian at all. I believe what God wants is for me, and for all of us, to seek Him and love Him and serve Him to the best of our ability, with all our heart and intellect and strength, being kind and just to one another, helping one another, trying to heal the ills of the world, knowing that whatever we get wrong — and we will all get something wrong — He will forgive us, because we have given Him our best and erred not from rebelliousness nor for want of trying, but only from ignorance.

Becoming a Jew did not feel like a transformation for me at all. It felt more like a homecoming. It was a celebration, of the home my wife and I have found, of the friends we have made, of the community we cherish. It is with the Jews I belong. I hope always to be worthy of the legacy and mantle of the Jewish People.