Home ➨ As One Devil to Another: Preface by Walter Hooper 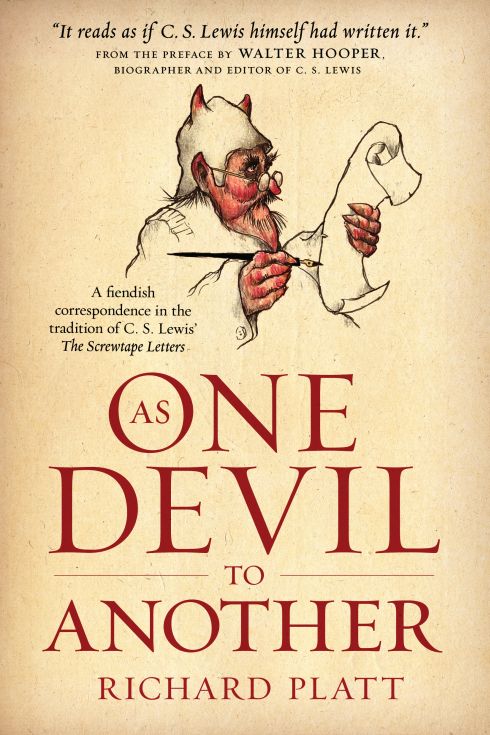 Preface to As One Devil to Another

As One Devil to Another is a stunning achievement, the finest example of the genre of diabolical correspondence to appear since this genre was popularized by C. S. Lewis. While the tone is sharper than anything from Lewis’ pen, it is surely the tone he would have used had he lived to see the abyss of moral relativism we endure today.

The narrative voice of As One Devil to Another is almost indistinguishable from Lewis’ own. It reads as if Lewis himself had written it. There are many passages which Lewis could not have done better. I shake my head even now as I write this, still not quite believing it myself, but each time I return to this astonishing little book I see that it is so. As One Devil to Another has the stamp of something that was not crafted, but bestowed.

As the dedication indicates so fittingly, this is a work of homage. Many books have been written about Lewis and his work. This is the first book to take Lewis’ work and move it forward. It is my hope that As One Devil to Another will find a wide readership and ultimately lead a new generation to Lewis. He would have been delighted to have a pupil who had learned so well.

Walter Hooper is the editor of many of the works of C. S. Lewis, including three volumes of The Collected Letters, and is the world’s leading authority on the life and works of Lewis.